It has been months since my last post.  I won't say it's because I didn't have the time, I had time in spades.  The motivation to write a post on the other hand?  Epic Fail on all accounts of work and writing.

I have become seriously demotivated.  This does not mean that I'm unhappy.  I'm actually quite happy with the way all the cancer treatments worked out.  The low iodine diet was a PITA (Pain in the.. you know), and being radioactive for 5 days was more boring than anything, but other than that, pretty smooth sailing and everything easy to deal with.

I think my problem is that my life came to a stop on October 19, 2010, the day I found out I had cancer, and even though I'm technically back up and running again, I still feel like I'm stuck on hold.

I need a serious mental kick in the butt to get going again, but I don' know how I'm going to give that to myself.  I want to lose the 10lbs I gained while I was hypothyroid for 3 weeks prior to the radioiodine treatment, and I've even joined weight watchers to try, but all I can say is that for the most part I'm not motivated to even change or track my eating habits (though at least I can maintain the same weight easily).  Even the thought of going on a very belated 10th anniversary OMGGOTTAGETAWAY trip to someplace warm with the hubby isn't enough to motivate me.

Then there's my writing and anything to do with it.  It's actually a big step for me to even be getting off of my proverbial butt, and it was actually reading a friend of mine's (Suzanne Stengl) blog that got me over here.  Even thinking of working on my manuscript isn't a fun thought for me, and I don't even know why.  I'm soooo close to the first turning point and it's getting edgier and more exciting, and I just... stop.  It's on hold.  Just like my blog was on hold.

I've actually put real thought into doing some freelance work, just to try and get my writing brain working again.  We even had a super presentation on it at my last CaRWA meeting, but then I get stumped on what to actually write about.  I think to myself, "I have a useless hospitality management diploma, I have a semi-useless accounting certificate, and I have no real communications or writing courses, but I know how to write.  What the heck am I going to propose to someone that I write about?"  So until I am hit with a huge lightning bolt of inspiration from the Goddess, though I would take even a static shock right now, I feel like I'm on hold... again.

Again, I'm not depressed or unhappy with this whole situation, just sometimes a bit frustrated that I don't know which way I'm going to go next (that whole "in control of my life thing").  Once I get a bit more energy (another ongoing medical frustration until I get the right dosage of synthroid), I swear I'm going hunting for that game controller and hitting START (or maybe L R start select) so I can get on with this game called life!
Posted by Shanna Gekko at 8:10 PM 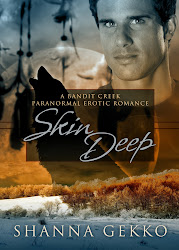